PARENTS are being warned to watch out after a chilling new TikTok trend is leaving kids screaming in terror.

A cruel fad has taken off online that shows a terrifying ‘ghost filter’ emerge over the kids’ shoulder while their parents leave them trapped.

The creepy trend has caused wave of complains to be levelled at TikTok amid calls to remove the filter from the app.

But some parents seem to be revelling in the terror, as the craze often sees adults leave the room as the ghost hauntingly emerges in the background.

This leaves their children screaming and scrambling to escape while the videos go viral online.

The attempts to get TikTok attention have been slated with comments slamming the cruel craze. 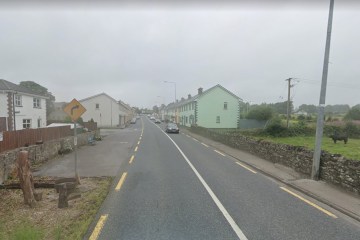 One user said: “Not funny!”

Another commented: “This is a ridiculous trend!”

Another slammed the poster, saying: “This is so wrong, bad parenting 101. You scared ur child for what? Views?”

Northern Irish Councillor Jason Barr is one campaigner attempting to bring an end to the filter’s reign of terror.

He has written to TikTok to demand the filter is taken off the app.

The councillor told Belfast Live: “Some children have been left petrified by this filter and that’s why I’ve got in touch with the platform about getting it removed.

“Some people see this as funny but I can assure you it’s not funny when you have a child running out of a room screaming after seeing something like this.

“This morning I have written to TikTok in relation to the filter which contains a Ghost type figure which is being used to scare children.

“I find it really alarming that people would scare children in this way and leave them screaming in a locked room.

“This can have lasting effects on them.

“Please do not use this filter to scare your own children. It’s simply not normal and definitely is not funny in any way.”

Users of the popular app can now find hundreds of clips of kids getting spooked by the trend by looking up the #Ghostfilter hashtag.

The social media company said in a statement: “The safety and well-being of our community is our priority which is why we prohibit and remove content that promotes the abuse and bullying of minors.