FACEBOOK is reportedly giving up on its smart display products in an apparent cost-cutting exercise.

The social network has already announced that it is firing 11,000 staff, as it contends with soaring costs and a weaker advertising market, which it heavily relies on to make money.

Now, we’re getting an idea of where the axe will fall, and it looks like Meta’s Portal video calling device is one of the big victims.

Employees were told on Friday that the company is scaling back on non-core hardware products, according to Reuters.

Meta had already quietly re-positioned Portal as a business only device – but the latest reports suggest it’ll be withdrawn completely.

The beleaguered firm is also scrapping plans for two smartwatches.

Portal was released back in 2018 as a smart display focused mainly on allowing people to do video calls with each other via Facebook’s own Messenger app.

It has Alexa built-in so users could do tasks with their voice.

Meta is yet to confirm the plans.

Therefore, it’s not clear what the massive changes will mean for anyone who already owns a Portal device.

Mark Zuckerberg, 38, admitted he got the social network’s growth plan wrong last week when announcing massive lay offs, which amount to 13 per cent of its 87,000-person global workforce.

He described the painful move as “the most difficult changes we’ve made in Meta’s history”.

It comes as the firm has also taken a massive gamble with Zuckerberg’s metaverse dream, ploughing billions into the project. 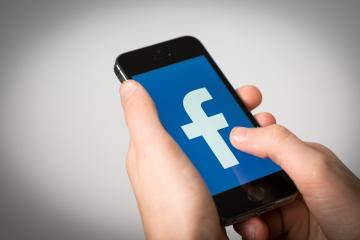 Unlike most companies, Facebook was one of the few winners during Covid as the world depended on online platforms.

But Zuckerberg admitted he was wrong to significantly increase investments, believing Meta’s surge during the pandemic would continue.

Social media apps like Facebook, TikTok and WhatsApp have become vastly popular – but are always hiding new features or leading viral trends. So here are some of the best things to know…