A DAD annoyed by hearing Christmas songs “too early” has programmed his Alexa speakers to reject festive requests until next month.

Mark Lovell, 42, panicked when he heard his three kids discussing festive tunes earlier this month — so he cannily set up a “skill” to ignore “play Christmas music” in the Alexa app.

He denies his cunning trick is ‘Grinch-like’ and insists he loves festive music – but only when December begins.

In footage of him testing his plan, he requests ­festive tunes and his smart speakers reply: “I’m sorry, I can’t do that until December.” 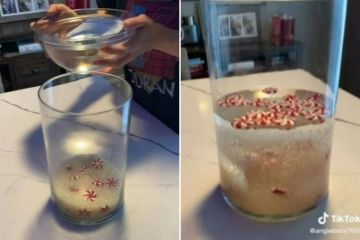 Consultant Mark, of Leighton Buzzard, Beds, said: “I’ve long maintained that Christmas comes too early and I feel like December is the start.

“I see adverts in September and get irritated.

“As soon as it’s December I’ll be deleting the rule and playing Christmas songs on repeat too.”

Canadian imprisoned in Egypt for years safely back in Toronto

Coronavirus: What’s happening in Canada and around the world on Friday

Is Fortnite down? Latest server and status updates