How does WhatsApp make money?

WHATSAPP allows users to send texts and photos for free — making it the most popular method of mobile phone communication for millions.

But how does it make money and how much was it bought for? Here’s all you need to know.

How does WhatsApp make money?

To begin with WhatsApp made money by asking some users to pay the equivalent of $1 to download, with each year costing the same to renew.

But the company soon shifted from their business model and have stayed away from in-app advertising.

Instead, they make money through premium services such as WhatsApp for Business and WhatsApp Pay.

As of November 2022, the service boasts more than 2 billion users. 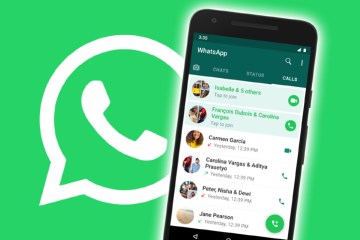 WhatsApp was created in 2009 by computer programmers Brian Acton and Jan Koum – former employees of Yahoo! Koum came up with the name WhatsApp because it sounded like “what’s up”.

After a number of tweaks the app was released with a messaging component in June 2009, with 250,000 active users.

It was originally free but switched to a paid service to avoid growing too fast.

However both Acton and Koum have since left the company.

On February 9, 2014, Mark Zuckerberg invited owners Acton and Koum to dinner at his home and made an official offer for him to join the Facebook boards.

It was announced 10 days later that Facebook was acquiring WhatsApp for $19 billion.

Later that year Koum donated $555 million of his Facebook shares to the Silicon Valley Community Foundation However, things later turned sour when WhatsApp began to change in a way the co-founders didn’t like.

In 2018, WhatsApp co-founder Brian Acton tweeted: “It is time. #deletefacebook”.

A employee who helped leverage the deal later said he regretted his involvement.

Neeraj Arora, former Chief Business Officer at WhatsApp, described Facebook as a “Frankenstein monster” saying that promises were not kept and have negatively impacted users.

When the WhatsApp first started to considered a Zuckerberg takeover in 2014 they said there must be no ads, no games and no gimmicks on the app.

But Ajora claimed that didn’t happen and said it was “a shadow of the product we poured our hearts into, and wanted to build for the world.”

Social media apps like Facebook, TikTok and WhatsApp have become vastly popular – but are always hiding new features or leading viral trends. So here are some of the best things to know…

COP26 takeaways: Some progress in climate pact but much more needed, activists say

Come from Away to permanently close in Toronto over pandemic restrictions, Mirvish Productions says