GENSHIN Impact has started its Fabulous Fungus Frenzy event, and fans are enjoying the new features.

It’s a time-limited event that will end in a few days, so you better log in soon if you want to reach the secret ending.

During the event, you can capture fungus beasts and train them up to fight against others. Think Pokémon meets Genshin.

Not to mention you can farm a lot of Primogems and get a free invitation for Dori out of it.

There’s also a storyline attached to the event, where you have to uncover a conspiracy between Kautilya and Elchingen.

With the assistance of some other Genshin fans’ favourites, you are able to take the two to task. 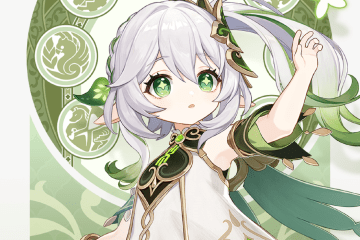 Elchingen vows vengeance against the player for thwarting his plans by the end of the event quest, but the story doesn’t end there.

Find out how to achieve the hidden ending of the Fabulous Fungus Event in Genshin Impact, to uncover the rest of the story.

Fabulous Fungus Frenzy: How to get the hidden ending

To get the secret ending to this event, first teleport to the above-ground waypoint at Chatrakam Cave to the north of Sumeru.

Paimon will talk to you about Yae Miko’s comments about Elchingen at the contest. At this point, you should travel to the area marked on the map above.

There will be a Fatui debt collector nearby called Yurochka. He is known as the ‘Remover of Potential Liabilities’.

There is a Wisdom Orb on the ground nearby, which can be used to form a connection with a fungus.

Defeat this villain to win the Wisdom Orb, and a letter from the Fatui. You find out that the Orb was the same one that Elchigen used in battle.

However, you will also notice that it is described as being covered in blood.

The letter details instructions to eliminate an “overzealous subordinate before more damage is caused.”

This hidden ending eventually reveals that Elchingen was ultimately taken out by his own people, so you don’t have to worry about his vow for revenge.

Written by Marco Wutz and Georgina Young on behalf of GLHF.

All the latest Gaming tips and tricks

Looking for tips and tricks across your favourite consoles and games? We have you covered…