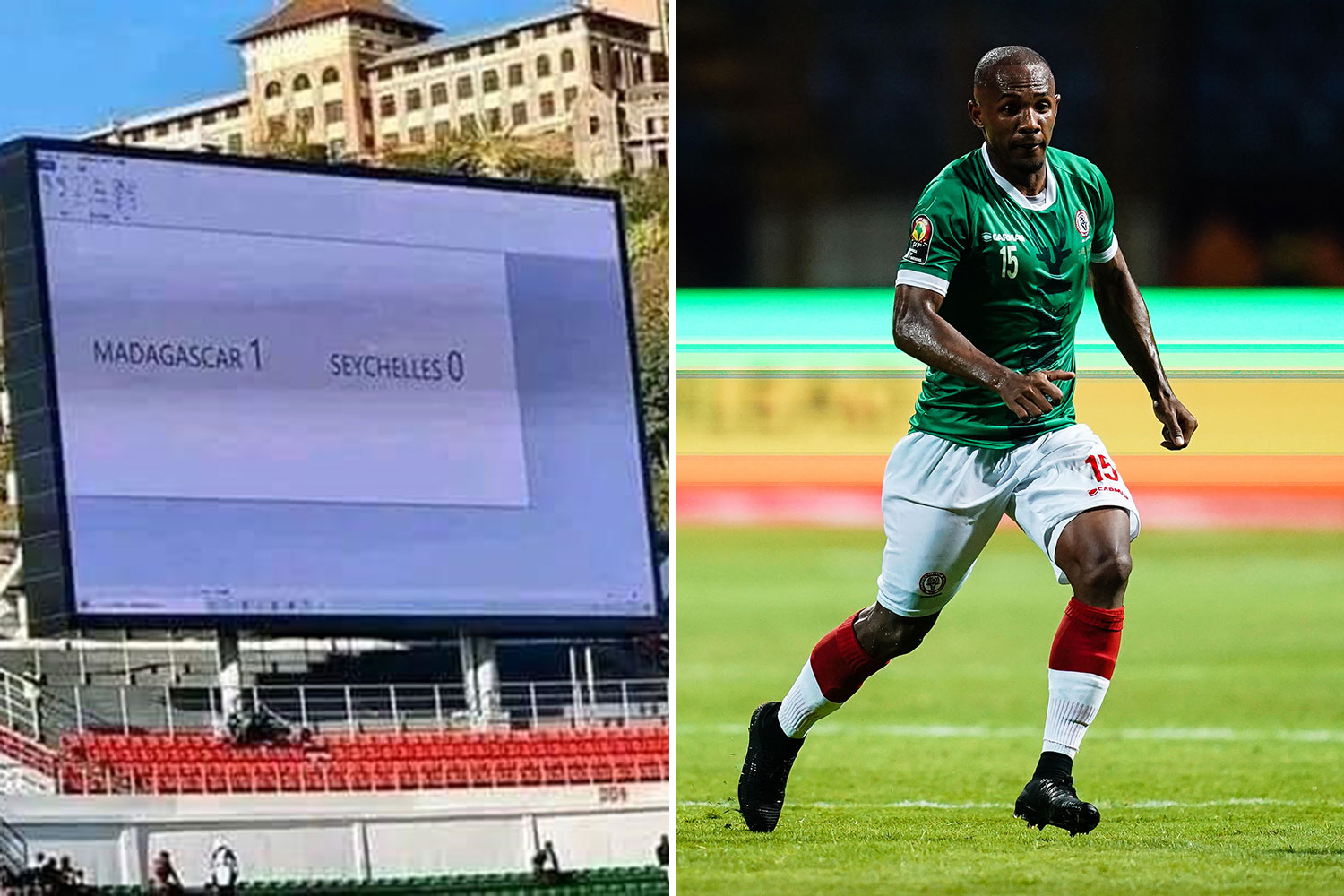 FANS were left in stitches after computer program Paint was used as a scoreboard for Madagascar’s game against Seychelles.

The two teams met at the end of last month in an African Nations Championship qualifier.

Madagascar went into the game heavy favourites over Seychelles, who are on a five-game losing streak.

And after Madagascar took the lead, computer program Paint was used to show the updated score.

One fan said on Reddit: “It’s not pretty, but it gets the information across I guess.”

Another quipped: “It’s too bad they didn’t hand draw the tournament logo in between the two team names.”

Others have praised the initiative used when deciding to use Paint to display the score.

A football fan said: “The pure expression and simplicity of Paint is probably ideal for a football score.”

Reddit users also shared their experiences around the world where computer programs were used.

JOIN SUN VEGAS: GET A FREE £10 BONUS WITH 100s OF GAMES TO PLAY AND NO DEPOSIT REQUIRED (Ts&Cs apply)

One fan revealed Microsoft Excel was used in a Nepal airport to display flight times.

They said: “When I was in Nepal the screens at the airport were an excel spreadsheet which someone was typing into!”

Transfer news LIVE: Latest updates and gossip ahead of the window

Liverpool vs Leicester LIVE: Follow all the latest from Carabao Cup QF tie

United in death, Ottawa explosion victims all stood out in life