A WOMAN was arrested for child neglect after a four-month-old baby died in hospital – but police are still searching for answers.

A 28-year-old was arrested in connection with the death of Francesca Purssell who was found in a “critical condition” at a home in Solihull, near Birmingham.

Paramedics were called to the house to treat the unresponsive toddler on April 2, but she could sadly not be saved.

The woman was arrested on suspicion of child neglect and has since been released on police bail.

However, today West Midlands Police have issued an appeal for information surrounding the little one’s death. 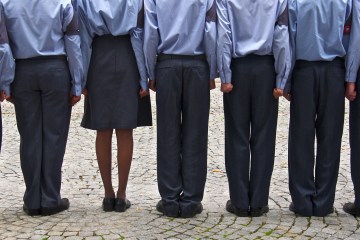 The investigation into how the tot died is still ongoing four months after from the tragedy.

A police spokesperson said: “We’re sad to say that a four-month-old girl has died at home in Solihull.

“On April 2, we were called to a house on Colesbourne Road, Solihull, to reports that a baby was unresponsive. The four-month-old girl was taken to hospital but despite the best efforts of medical staff, sadly died.

“A 28-year-old woman was arrested on suspicion of child neglect. She’s been released on police bail while our enquiries continue.

“If you have information that might help our detectives, message us via Live Chat on our website west-midlands.police.uk quoting 20/348903/22. If you’ve been affected by this news, the charity Child Bereavement UK can help. Call 0800 02 888 40.”

On April 30, an inquest was opened into the death of Francesca Erika-Marie Purssell, born December 3, 2021.

It was confirmed at the hearing that West Midlands Police had notified the coroner it was investigating the circumstances of the death and the inquest was therefore suspended.

West Midlands Ambulance Service confirmed it was called to reports of a ‘medical emergency’ at the address shortly after 7.30am.

Paramedics administered advanced life support on the youngster but nothing could be done to save her.

An ambulance service spokesperson said: “We were called at 7.34am on April 2 to reports of a medical emergency at an address in Colesbourne Road, Olton. We sent two ambulances, two paramedic officers and the MERIT trauma team.

“On arrival, crews found one patient, a baby girl, in a critical condition. Crews administered advanced life support to the girl but sadly, despite the best efforts, nothing could be done to save her and she was confirmed deceased at hospital.”

Smoking on stage is not a form of artistic expression, Quebec judge rules