WE all have our favourite habits.

But those who class gardening as one of their top past times have been warned that it could be leaving them at risk.

Experts found that pollutants in the soil could have a ‘detrimental effect on the cardiovascular system’ – leading to an increased risk of heart disease.

The results of the analysis pushed experts to recommend that people wear a face mask, if they are in close contact with the soil.

Experts at the University Medical Center Mainz, Germany said pollution of air, water and soil is responsible for at least nine million deaths each year.

They highlighted that more than 60 per cent of pollution-related deaths are due to heart issues such as strokes, heart attacks, heart rhythm disorders and chronic ischaemic heart disease. 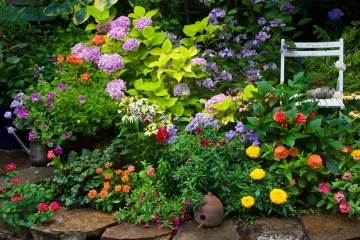 Writing in Cardiovascular Research, a journal of the European Society of Cardiology, the authors said soil pollutants include heavy metals, pesticides, and plastics.

They stated that contaminated soil could then lead to increasing oxidative stress in the blood vessels, which in turn leads to heart disease.

Dirty soil can get into the blood stream, through inhalation.

Pesticides were also linked to cardiovascular disease, they stated.

The experts added that while people who work in agriculture and chemical industries will be most at risk – the general public could also ingest pesticides from contaminated food, soil and water.

The experts said: “Although soil pollution with heavy metals and its association with cardiovascular diseases is especially a problem low- and middle-income countries since their populations are disproportionately exposed to these environmental pollutants, it becomes a problem for any country in the world due to the increasing globalisation of food supply chains and uptake of these heavy metals with fruits, vegetables and meat.”

Medics also investigated cadmium, which is a heavy metal that occurs naturally in small amounts in air, water, soil and food, and also comes from industrial and agricultural sources.

Their analysis showed mixed results in the relationship between cadmium and heart disease.

How to minimise the risks of gardening

Experts at the Royal Horticultural Society (RHS) said there are some simple precautions you can take to lower your risk.

Through analysis they found that the number of cardiovascular emergency department visits in Japan was 21 per cent higher on days with heavy exposure to Asian dust.

This dust is hazardous because it is usually contaminated and is airbourne.

Professor Münzel added that more studies are needed on the combined effect of multiple soil pollutants on cardiovascular disease since we are rarely exposed to one toxic agent alone.

“Research is urgently required on how nano- and microplastic might initiate and exacerbate cardiovascular disease.

“Until we know more, it seems sensible to wear a face mask to limit exposure to windblown dust, filter water to remove contaminants, and buy food grown in healthy soil.”

A paper published in 2013 by experts in California, US, also stated that exposure to pollutants while gardening comes mostly from accidentally inhaling or ingesting soil.

In April 2022, gardeners were also warned to look out for symptoms of a dangerous lung condition.

Aspergillosis is rare in healthy people and is caused by inhaling tiny bits of mould.

Experts at Imperial College London had tracked samples from across England and found that six people had been infected with a strain resistant to medication.

Writing in Nature Microbiology, they said seven out of 10 samples were from infected people.

Experts at the Royal Horticultural Society (RHS) said that when gardening, you should take a ‘common sense’ approach to help reduce the potential risks posed by plants or diseases.

They explained that diseases such as Legionnaires can be caught from stagnant water or water droplets in warm conditions.

The gurus also said that people with existing chest conditions such as asthma or bronchitis or those prone to allergies are most at risk of Bioaerosols.

These, they explain, are airborne micro-organisms including spores, bacteria and fungi.

You’re most likely to breathe these in when turning compost – especially in warm weather, they added.

BREAKING: Austria’s Sebastian Kurz announces he is stepping down as chancellor

Twitch star Amouranth now selling jars of hair and farts for £1,000 EACH